Is electricity from solar panels catching on in America? You bet it is, because it’s cleaner and cheaper and safer than other sources like coal plants and nuclear power plants.

In 2015, solar accounts for about 227 gigawatts of power worldwide, but within the next fifteen years you can expect that number to steadily rise to 2,500 gigawatts, providing electricity for about 13% of the planet.

The USA and developed countries in Europe are leading the way for solar power to expand as they place an emphasis on replacing nuclear and coal plants with solar options. Meanwhile, emerging markets for solar power growth will include Russia, Brazil and Mexico. 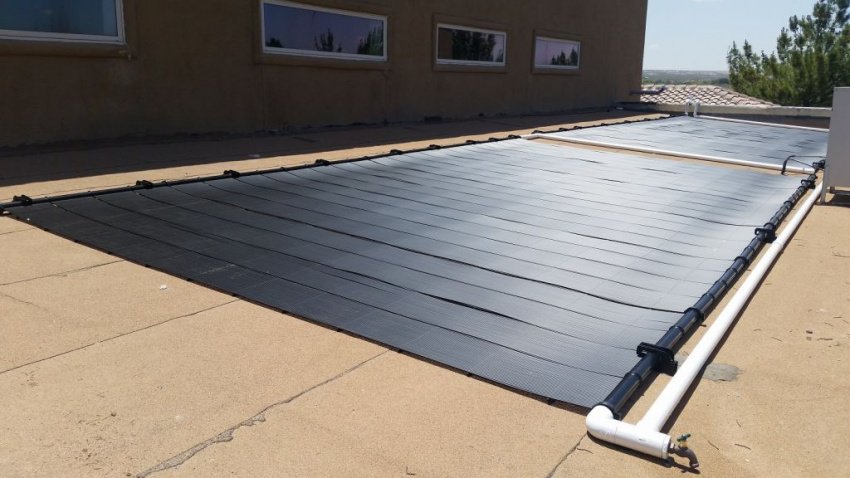 One of the nicest things to own and use is a pool with warm water. If the water’s too cold, it’s just not that nice. What about using solar pool heating to keep the water nice and warm?

The nice thing about solar pool heating is that it helps stretch the length of your swimming season, keeping your pool warmer for a longer period of time than if you didn’t have it. As an environmentally-friendly way to heat pool water, solar energy from the sun helps keep your pool comfortable without requiring costly electricity or a refrigerant system with a noisy motor and compressor which eventually wears out or breaks down.

Most solar pool heating systems are fully automated whereas you set the desired temperature and barely ever think about it again for the rest of the swimming season. It’s one of those systems that eventually pays for itself, and then the rest is essentially “free heat” for years to come. Many people like utilizing solar pool heating because it’s not only good for the environment but ultimately saves them money in the long run.