Most homeowners use a great deal of energy during the summer months. It can be difficult for an air conditioning unit to keep a home cool when it’s extremely hot outside, and as a result, many AC units end up staying on all day long and burning through a significant amount of energy in the process. Outside of the fact that it wastes a lot of energy, it can also become costly for homeowners. Here are some summer energy saving tips that can help you cut back on the amount of energy you use and cut down on the amount of money you pay in energy bills every month. 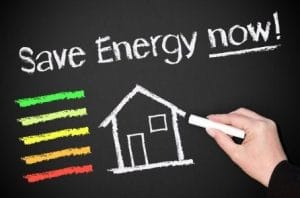 Update your thermostat and learn how to use it properly.

Are you using an old thermostat that doesn’t allow you to program it? Or are you just unfamiliar with what your thermostat does and what you should be doing to control it? Either way, you need to make sure you have an updated thermostat in your home that you can program to cool your house as efficiently as possible. You should set it to go on and off during the day based on when you’ll actually be home, and you should also avoid cranking the temperature as low as it goes if you don’t really need it to be that cold in your home.

Install ceiling fans and use them appropriately.

Ceiling fans can help to keep home cooler without having to turn the thermostat down. According to Energy.gov, you can raise your thermostat about 4 degrees if you have ceiling fans turned on in the main areas of your home and feel no change in the overall comfort level. But if you have fans, you should be sure to shut them off when you’re not in the same room as them since they really on the wind chill effect to cool people off. They won’t be doing anything but wasting energy if they are turned on and blowing when no one is actually in a room.

Taking small steps like swapping out an old thermostat for a new one and turning off fans when you aren’t using them will improve your energy situation slightly, but if you want to see bigger changes, you should consider installing solar panels on your roof. These panels will help you save money on your energy bills in the long term. They will provide your home with a lot of the electricity it needs on a daily basis.

Do you want to learn more about how solar panels could benefit you and your family? GR Solar Solutions would love to tell you about how a solar electric system could benefit you. Call us at 915-581-0461 today for more information.

If you’re like most people, you’ve noticed more and more homes have solar panels on their roofs. It seems to be a trendy thing to do, especially in places where it’s sunny much of the year. After all, solar panels have the ability to collect the sun’s rays and turn them into energy, so why not utilize this resource? 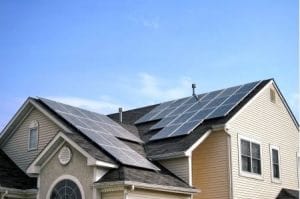 Have you been thinking of switching your home to solar energy? What’s holding you back? There are several reasons to make the switch. For instance, did you know there’s a huge tax credit when you do? The government wants more people to utilize solar power, so they’re willing to give you a tax credit up to 30%.

Next, consider solar a long-term investment. It eventually pays for itself and then you’re done with payments, so you’re getting “free” energy. In fact, many people end up selling their excess power to the local utility company. Indeed, solar panels on your roof make sense if you’re the type of person who wants to guard against rising electricity rates.

Does the idea of being energy independent appeal to you? Rather than just going along with rate increases from the local electric company, year after year, you have the great option to be independent, making your own energy thanks to solar panels.

Solar energy requires minimal maintenance and has been found to increase the value and marketability of homes. Studies have shown that solar equipped homes sell more quickly and for more money than homes lacking solar panels. Solar panels are “en vogue” these days.

Finally, why not switch to solar energy in order to show the world– or at least your friends and family and neighbors– that you care about clean, sustainable power that doesn’t pollute and can’t run out? The sun’s going to shine, so you might as well harness the sun’s rays in order to power your house and the stuff inside, like computers, the oven, fridge, TVs, hairdryers, washing machine, alarm clocks and lamps.

Coal power is dirty and passé. Solar power is clean and very much the 2017 thing to do!