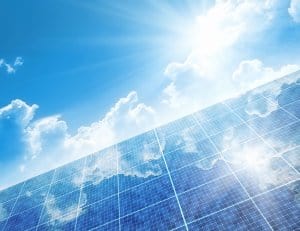 A lab in Berkeley, California has released information about a new solar power center that has the goal of producing fuel from sunlight. Chu Hall, named after the former Energy Department Secretary and Lab Director Steven Chu, this 40,000 square-foot building have the goal of creating more efficient renewable energy to replace the use of fossil fuels. This solar energy research center costs almost $60 million to create and get going.

Chu believes that this is one of the most prominent issues in today’s society. He believes that by solving this major problem, the world will be saved. Science is thought to be the problem solver in this situation. Chu truly wants to increase the amount we utilize solar energy as well as make it cost-efficient.

At this time, scientists are only able to use the solar energy while the sun is shining; but they are hoping to change this. Since it is a natural resource, solar energy can easily be used without almost any repercussions. It’s simple: solar energy is free, clean, reliable, and renewable.

On a slightly smaller scale, solar energy is starting to become a main source of energy in homes today. It has been proven to actually improve a house’s value because of its modern aspect it. Solar panels are typically durable because they have no mobile parts, so once it’s situated in its place, it’s all set!

Solar Solutions Solar Application Specialists offer expertise in solar energy and heating solutions. This company has served many large hotels in Las Vegas, the Atlanta Summer Olympics, the Athens Olympic Games, Fort Bliss Military Base, and more. Based on their success stories from not only these large-scale projects, but on their small-scale projects as well, Solar Solutions seems to have solar solutions for everyone!