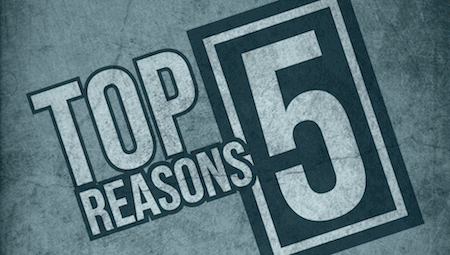 However, with the growing awareness about climate change and the issues, it is creating, many individuals, businesses, and even Governments are looking towards alternative energy sources as a way to curb fossil fuel consumption and ultimately reduce the carbon footprint. Though not perfect, solar energy is one of the most promising ways to achieve this for business and residential consumers.

Here are 5 reasons why solar energy is great for your business:

Solar energy does not produce any pollution during its production process, thereby preventing the environmental damage that electricity generation and consumption causes. One of the key benefits of solar energy generation is that it leaves no carbon footprint. No greenhouse gases are produced or emitted during the process.

With almighty sun, solar energy is simply limitless and permanent, as it is a renewable energy source. Solar energy is harvested by photovoltaic or solar cells that convert sunlight directly to electricity. These cells are placed inside sunlight fielding structures that direct the sunlight to the cells and drive a current through it. Generated current from the solar cells is then connected to an inverter, which transforms DC power to AC power for distribution or storage. This is exactly how a solar system works and what makes it so powerful and versatile.

3. Freedom and Control Over Electricity:

Another great reason to use solar energy is that it is not linked by cable infrastructure that is vulnerable to outages, damages, and theft. Solar energy will not be affected by power cuts and blackouts and will generate electricity at all times of the day, as long as it is sunny.

As a homeowner, business, or as an investor, installing a solar system is a financially rewarding decision. Whether you are looking to avoid paying high utility bills or looking to generate income from a solar system, the financial benefits of solar are undeniable. Electricity generated from a solar system is actually free after the cost of the initial installation since you can sell the excess electricity to the utility companies often at a reasonably good price. This adds a source of income to your household, office, and can even drive a profitable venture if you have a large property to cover.

Solar energy is an exciting and quickly growing renewable energy source, with great potential for use in many sectors. The key benefits are obvious, and in many ways, outweigh the disadvantages of using solar energy for non-critical power generation. Hopefully, as technology evolves, the cost of solar panels will also decrease and make it a more attractive choice to rely on solar energy for a greater percentage of our electricity consumption.